We display pieces of art by those active as creators, including local artists, in order to provide travelers with an enriching space to spend time in.

Born and currently residing in Etajima City, Hiroshima Prefecture. Began working as an artist starting in June 2016. Based out of Etajima, she holds exhibits both in Japan and abroad, gives live collage performances, and teaches workshops.

“I used to work in nursing, and I had the chance to be there several times for end-of-life care. Prior to that experience, I thought death meant the end of everything, but in those moments, I felt the intense power of life. It moved me, and I began to feel that death is not the end, but a new beginning. I want to express the power of life I felt then through my work.”

After studying design at a junior art college, she worked at a flower shop selling fresh flowers and doing floral decorations for hotels, weddings, and stores, while also studying Dutch and Parisian-style flower design. In 2020, she opened the Tsukinomori Flower Shop in Ondo, Kure City, dealing primarily in dried flowers.

Born in 1971. Yokohama resident. Began drawing pieces of calligraphy using ink on disposable chopsticks in his 20’s, including pictures, poems, and characters. He is fixated on a unique feel that cannot be achieved with a brush, and continues to create using ink on wooden and plastic spatulas as an extension of that. His pieces center around his own poems based on the time spent and the memories he made on Sado Island, his father’s hometown, as well as his experience with music, bands, and the guitar, which he began in his late teens.

Since 2016, he has held eight exhibitions in Japan.

After studying graphic design at London Polytechnic in London, she began her career as an illustrator for magazines and books, working for a variety of publishers. Her current focus is on children’s picture books and printmaking.

Due to her great interest in printmaking, she studied woodcut print at Musashino Art University in Tokyo.

Outside Japan, her prints can be seen at the Slow Galerie in Paris. Her first work with a foreign publisher “Diogenes’ Dog in Philonimo series” was published in France in 2021.

After studying graphic design at London Polytechnic in London, she began her career as an illustrator for magazines and books, working for a variety of publishers. Her current focus is on children’s picture books and printmaking. 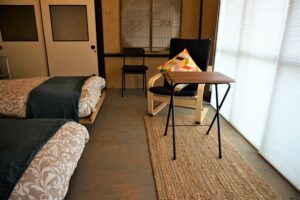 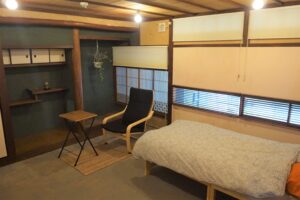